“Silence”
“Silence”
“There is no band”
“There is no orchestra”
“It is all recorded”
“Listen to the trumpet”
“It is all an illusion”
In the former office of a government official, four light projectors, a suitcase with the sound of a woman breathing, the voice of a man talking about illusion, a trumpet, and a song; all together filling the space.
A scene in David Lynch’s Mulholland Drive inspired this piece. On a stage, a man says that all is but an illusion. From his monologue, one can only infer that he questions how films are anything but premeditated, staged and fake emotion.
Daily life forces us to go back and forth between reality and illusion. So does art. We don't just see artwork, we dive into it, and we sail between its realities and illusions.
When Foucault talks about heterotopia, as an existing real utopia disconnected from normality, he describes these specific real places as separate entities. This work is also an illusion, created in a historical building, but which will soon no longer be, and which in turn will be transformed into an illusion, in the cloud of oblivion.
It's a tribute to its memory. 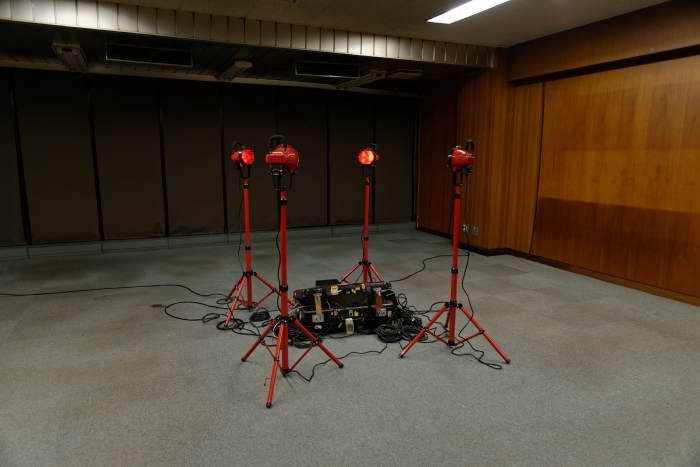 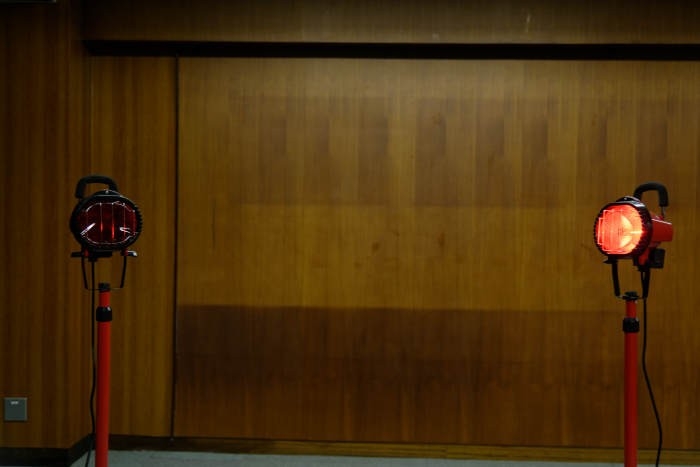 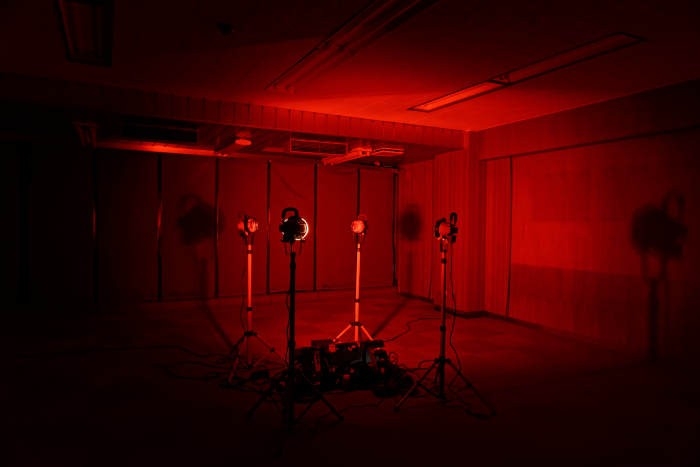